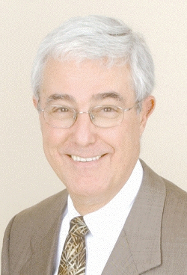 Dr. Salvatore J. Esposito is a longtime member of the American Prosthodontic Society with almost 50 years of experience in the field. He has a private practice in Beachwood, Ohio and is currently Adjunct Professor at Case Schools of Medicine and Dentistry and a Consultant at University Hospitals of Cleveland in the Department of Head and Neck Surgery and the Cleveland Clinic.

What about prosthodontic dentistry originally drew you in and what excites you about the field?
"While in dental school, I developed a passion for Prosthodontics; which was greatly influenced by my first mentor, Dr. Paul Vinton. During my junior and senior years, I was awarded an NIH fellowship in Prosthodontics which culminated in my first publication, "Nutrition in the Geriatric Patient." I received my D.M.D. degree with honors in 1969, also receiving the American Academy of Oral Medicine Award and the Prosthodontic Award for outstanding achievement in Prosthetic Dentistry."

Why did you become a member of the American Prosthodontic Society?
"My introduction to the American Prosthodontic Society was in 1973, when my mentor Dr. Payne invited me to attend the annual meeting in Chicago. I was overwhelmed by the giants in our specialty who were members of the Society and flattered to be asked to present my first paper in 1980."

How has being a member of the American Prosthodontic Society helped you in your career?
"In July 1972 I began a combined V.A. Hospital and University of Buffalo Prosthodontic residency program. I was very fortunate to train with some of the finest prosthodontists in the country. Drs. S. Howard Payne, Harold Ortman, Ed Mehringer, and Ronald Jarvis, all members of the APS, played a huge role in my education.
Which accomplishments in your career are you most proud of?
"My first position at Metro General was Head of the Section of Maxillofacial Prosthetics, Department of Plastic and Reconstructive Surgery and the Director of the Craniofacial team. In my first year I was successful in writing a National Cancer Institute grant for $300,000 to support the Maxillofacial Prosthetic Center. In 1982, I was recruited and offered the Chair of the newly established Department of Dentistry at the Cleveland Clinic. During my twenty-five years at CCF I was instrumental in acquiring NIH grants to start and support a GPR program, a Dental Oncology fellowship, and an industry supported Implant Program.

I have been recognized as the recipient of the Cleveland Clinic Meritorious Service Award in 2004, the Andrew J. Ackerman Award by the AAMP in 2007 for Outstanding Contributions to Maxillofacial Prosthetics, the Thai Prosthodontic Award in 2010 for contributions made to the specialty internationally, and the Founders Medal from the ISMR. I have published over forty articles and book chapters, and was the co-author with Drs. John Beumer and Mark Marunick of the 3rd edition of the textbook, Maxillofacial Rehabilitation.

What is important to you outside of prosthodontics?
"While I am proud of my professional accomplishments, my biggest accomplishment was marrying my bride of fifty-two years, Kathleen. She has been at my side from the first day of dental school and has been, and continues to be, my biggest supporter. Together we have three children: Lisa (Vice President for bioTheranostics), Jennifer (owner of Brides by the Falls, bridal boutique), and Scott (Associate General Counsel, University Hospitals in Cleveland), and four grandchildren."

If you are interested in being featured or know a member who should be featured, please send an email to APS Senior Account Coordinator Lynn Reeves at Lynn@res-inc.com