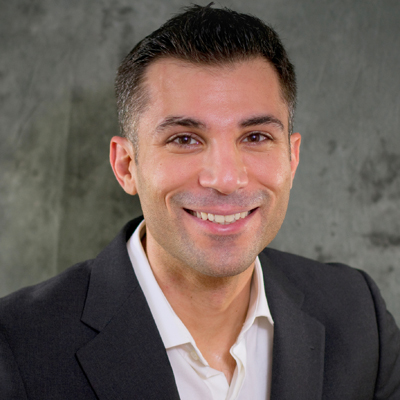 Dr. Panos Papaspyridakos serves as an Associate Professor of Postgraduate Prosthodontics at Tufts University School of Dental Medicine and a visiting Associate Professor at the University of Rochester Eastman Institute for Oral Health. Additionally, he maintains a private practice limited to Prosthodontics and Implant Dentistry in Boston. Dr. Papaspyridakos has authored more than 100 articles, abstracts and book chapters in peer-reviewed journals and textbooks and he frequently lectures in national and international dental meetings. 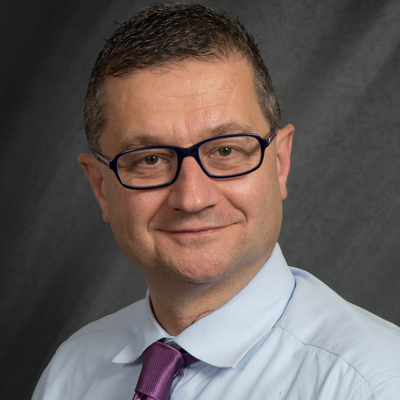 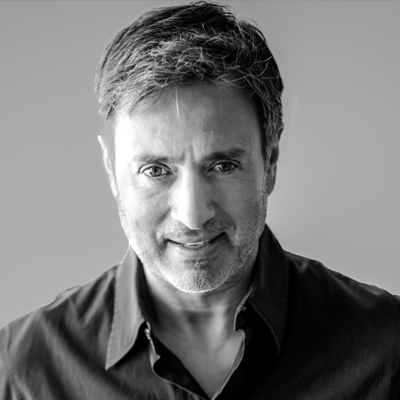 Dr. Stavros Pelekanos received his undergraduate degree in Dentistry (D.D.S.) from the University of Athens, Greece. In 1993, he obtained his doctoral degree in Prosthodontics (Dr med dent) from the University of Freiburg (Prof. Dr. J.R. Strub), Germany. Following his professional training, Dr. Pelekanos established a private practice in Athens, oriented towards prosthodontics, implantology and esthetic dentistry.

In 2002, he was appointed full-time Lecturer at the Department of Prosthodontics, Dental School, University of Athens, Greece, and in 2012 Assistant Professor in the same department. Since 2013 he is an active member of the European Academy of Esthetic Dentistry (EAED). His professional affiliations include: The International College of Prosthodontics (ICP), European Prosthodontic Association (EPA), Greek Prosthodontic Association and many others. He is a faculty member of gIDE Institute (Global Institute of Dental Education, Los Angeles, California) and Dental Tribune (CME courses) lecturing internationally and performing hands on courses on implants, aesthetics and restorative procedures.

In 2008 and 2011, Dr. Pelekanos received second and first prize at the scientific award competition of the European Academy of Esthetic Dentistry held in Madrid, Spain and Istanbul, Turkey respectively. To date he has published over twenty articles in peer reviewed journals and 3 chapters in books. 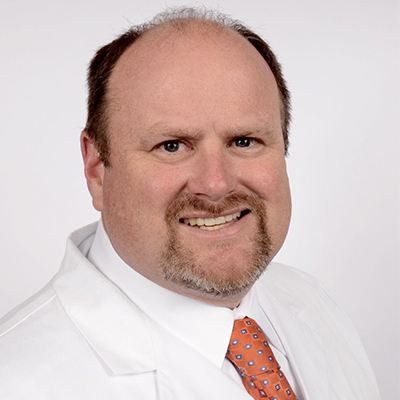 Will Martin, DMD, MS, is a Clinical Professor in the Department of Oral and Maxillofacial Surgery at the University of Florida?s College of Dentistry. He received his DMD from the University of Florida and completed his MS and Certificate in Prosthodontics from Baylor College of Dentistry. Dr. Martin joined the faculty at the University of Florida in 1999 and currently serves as the Director of the Center for Implant Dentistry. Dr. Martin is a Diplomate of the American Board of Prosthodontics and a fellow of the American College of Prosthodontists, International College of Dentists, International Team for Implantology and Associate Fellow of the Academy of Prosthodontics. Dr. Martin has authored numerous peer-reviewed scientific articles and abstracts. He has co-authored several textbooks on implant dentistry, specifically the ITI Treatment Guide Vol.1, S.A.C. Classification in Implant Dentistry and most recently the ITI Treatment Guide Vol.10. He is the Chairman of the Section USA of the ITI and maintains a part-time practice limited to Prosthodontics within the Center for Implant Dentistry. He lectures both nationally and internationally on esthetic and implant dentistry. 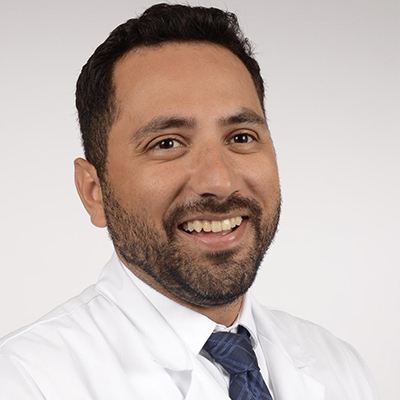 Luiz H. Gonzaga, DDS, MS graduated from the Catholic University of Brasilia College of Dentistry in 2004. After working in private practice and taking perio/implants CE courses for one year he was accepted for the Implant/Periodontic specialty training, graduating in 2009. Dr. Gonzaga was awarded with the ITI scholarship in 2009 and completed his Implant fellowship the next year. He completed a residency program and Maters in Prosthodontics from the University of Florida in 2014. Currently he is a Clinical Assistant Professor at the University of Florida Center for Implant Dentistry. Dr. Gonzaga is a ITI speaker and Fellow of the International Team for Implantology, a member of the American College of Prosthodontics, and the Academy of Osseointegration 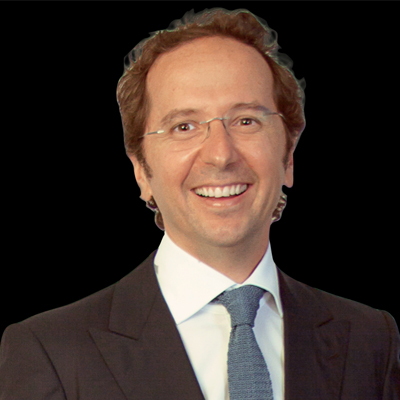 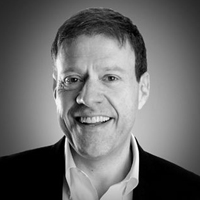 Dr Mitrani received his DDS degree from the Unitec University of México City; a certificate in Prosthodontics as well as a Master of Science in Dentistry from the University of Washington, where he served as the Graduate Prosthodontics program?s assistant director during the year of 2001.
He currently holds academic affiliations at the University of Washington, and is a resident faculty at SPEAR Education in Scottsdale Arizona
He is a member of several organizations including the American Academy of Esthetic Dentistry and the American Academy of Restorative Dentistry.
He is part of the editorial board of the Journal of Esthetic and Restorative Dentistry (JERD), The Journal of Cosmetic Dentistry (JCD) and Compendium, as well as the Executive director of Spear Digest.
Dr Mitrani has authored numerous scientific publications and chapters in textbooks in the fields of Implant Prosthodontics and Aesthetic dentistry and has given close to 600 lectures around the globe, maintaining a private practice limited to Prosthodontics, Implants and Aesthetic dentistry in Mexico City. 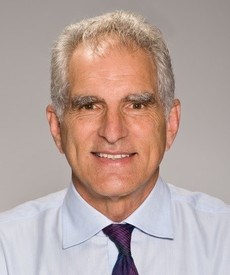 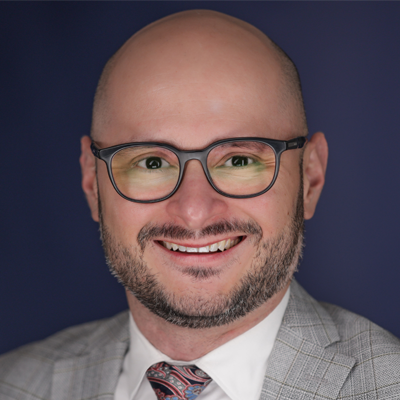 Dr. Jonathan Esquivel is a Nicaraguan native. His passion for dentistry is the driving force that pushes his pursuit of excellence in dental treatment, patient care and academics. He received his dental training at Universidad Americana in his hometown of Managua, Nicaragua. After graduating from dental school, he joined his father?s practice for 4 years. His growing passion for prosthetics, however, drove him to pursue specialty training in prosthodontics at Louisiana State University School of Dentistry. After graduating from the prosthodontics residency in 2013, he continued his training in the esthetics and surgical implant fellowship at Louisiana State University School of Dentistry. Throughout his career as an educator he has won numerous awards including "The Golden Apple, excellence in teaching award in 2016" along with being named honorary faculty member for the C Edmund Kells Honorary society and faculty member of the Omicron Kappa Upsilon National Dental Honor Society, Theta Kappa Chapter. He has been selected on multiple occasions to participate in the "white coat ceremony", an honor bestowed upon respected faculty members. He has also been awarded a Professorship in Prosthodontics. Dr. Esquivel is currently an Assistant Professor, Department of Prosthodontics at Louisiana State University where he teaches in both the pre doctoral students and postgraduate residents. He has lectured nationally and internationally to respected societies and study clubs on dental implant therapy and dental esthetics. 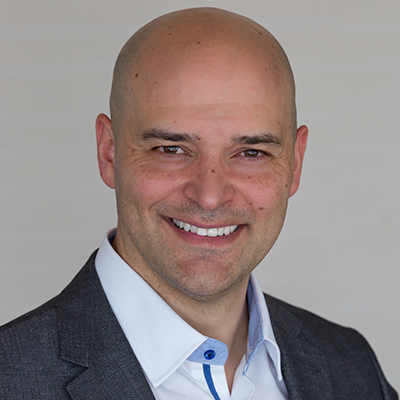 He has published many articles, mainly about hard and soft tissue management in the esthetic area.

Dr MEDA has been lecturing extensively in Asia, Europe, North and South America giving more than 300 lectures about Periodontics, Implantology and Aesthetic Multidisciplinary treatments, and training hundreds of doctors in his Institute throughout hands-on courses and clinical residencies. 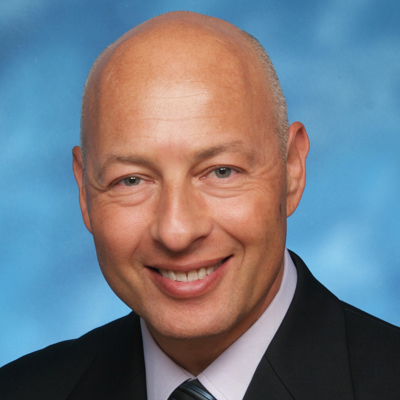 Prof. Eitan Mijiritsky is a graduate of the Tel-aviv University School (1990) of Dental Medicine where he also completed his Postgraduate studies and Specialty with Diploma in Prosthodontics (1996).

Prof. Mijiritsky is Associate Professor at the Tel-aviv University School of Dental Medicine, Israel.
Prosthodontic Consultor  and Research Coordinator - Dep. of Oral and Maxillofacial Surgery, Sourasky Tel-Aviv Medical Center, Israel
Prof. Mijiritsky is Board of Directors and Immediate Past President of the Israel Society of Prosthodontics.
European Prosthodontic Association-EPA Recognized Specialist in Prosthodontics (the first and only to be recognized from Israel)
EPA Council Member
Visiting Professor at the Master Course of  Digital Dentistry at the Universities of  Varese and Pisa in Italy and at the Universities of Murcia and Granada in Spain.
Associate Professor at the University of Titu Maioresco, Bucarest, Romania.
Board of Directors of  the International Digital Dentistry Society (DDS)
DDS Ambassador for Israel
Board of Directors of the international implant society SENAME
Co-Founder of the Israeli Association of Oral Implantology IAOI (ICOI-affiliated).
DIPLOMATE of the International College of Oral Implantologists (ICOI)

Prof. Mijiritsky is both a nationally and internationally active keynote lecturer and scientific chairman in hundreds seminars and meetings.

He is the author of  over 85 articles in peer reviewed international journals, related to implant and digital dentistry, bone regeneration, esthetics and prosthodontics.

Dr. Tal Morr maintains a private practice in Aventura Florida limited  to Aesthetic, Implant, and Complex Restorative Dentistry.  Dr. Morr received his DMD degree from Tufts University School of Dental Medicine.  He then continued his dental studies at the University of Washington Prosthodontic program where he received a certificate in Prosthodontics and a Masters in the Science of Dentistry degree.  Dr. Morr is a nationally and internationally recognized speaker on various topics such as aesthetics, implants, and full mouth rehabilitation as well as being a published author on aesthetically related dental topics such as veneers, implants, and complex prosthetics.  Dr. Morr is a member of numerous professional organizations such as the American College of Prosthodontics, the American Academy of Esthetic Dentistry,  the American Academy of Restorative Dentistry, and the American Dental Association as well as many local study clubs. 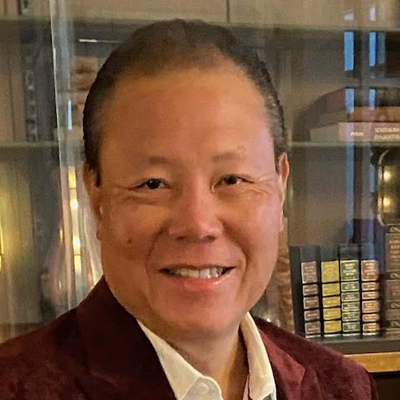 Dr. Ernesto Lee is an internationally renowned Master Clinician and Educator with over twenty years of academic and private practice experience.  He is the developer of the S.M.A.R.T. Method, a novel Minimally Invasive Bone Grafting Procedure that enhances predictability, with less morbidity and fewer complications. https://www.smartbonegraft.com/home

Dr. Lee is a former Clinical Professor and Director of the Graduate Periodontal Prosthesis Program at the University of Pennsylvania School of Dental Medicine.

He additionally served as Director of the Postdoctoral Implant Fellowship and Clinical Director of Graduate Periodontics.

Dr. Lee?s private practice is located in Bryn Mawr, Pennsylvania; within the Philadelphia Main Line suburbs, and is limited to Fixed Prosthodontics and Implant Dentistry. 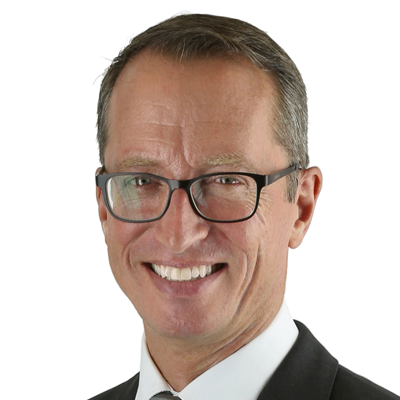 Dr. Markus B. Blatz is Professor of Restorative Dentistry, Chairman of the Department of Preventive and Restorative Sciences, and Assistant Dean for Digital Innovation and Professional Development at the University of Pennsylvania School of Dental Medicine in Philadelphia, Pennsylvania, where he also founded the Penn Dental Medicine CAD/CAM Ceramic Center. Dr. Blatz graduated from Albert-Ludwigs University in Freiburg, Germany, and was awarded additional Doctorate Degrees, a Postgraduate Certificate in Prosthodontics, and a Professorship from the same University. Dr. Blatz is co-founder and past President of the International Academy for Adhesive Dentistry (IAAD). He is a Board-certified Diplomat in the German Society for Prosthodontics and Biomaterials (DGPro) and a member of multiple other professional organizations, including the American Academy of Esthetic Dentistry, the European Academy of Esthetic Dentistry, the International College of Prosthodontists, the American College of Prosthodontists (honorary member), Academy of Osseointegration, and O.K.U. Honor Dental Society. He is Associate Editor of the International Journal of Prosthodontics, Quintessence International, and the Journal of Esthetic and Restorative Dentistry and serves on the editorial boards of numerous other recognized scientific dental journals. He is coauthor of the international bestseller ?evolution ? contemporary protocols for anterior single-tooth implants?. Dr. Blatz is the recipient of multiple teaching and research awards and has published and lectured extensively on dental esthetics, restorative materials, and implant dentistry. He was recently named one of the ?World?s Top 100 Doctors in Dentistry? by his peers. 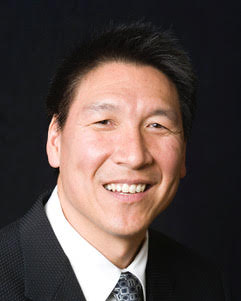 Dr. Chu has contributed over 80 publications including 6 textbooks in the dental literature and has given lectures nationally and internationally on the subjects of esthetic, restorative, and implant dentistry.