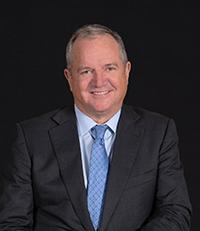 Dr. Spear has been recognized by numerous associations for his contributions to dentistry. In 1993, he was awarded the Christensen Award for Excellence in Restorative Education from the Chicago Dental Society. In 1995, the American Academy of Cosmetic Dentistry presented him with a special award for having advanced the Art and Science of cosmetic dentistry in the United States. In 1996, he received the Saul Schluger Memorial Award for Excellence in Diagnosis and Treatment Planning from the Seattle Study Club. In 2003 he and colleague Vincent G. Kokich were awarded the first ever Presidents Award for excellence in education from the American Academy of Esthetic Dentistry. He also earned the 2004 Distinguished Alumnus Award from Pacific Lutheran University his undergraduate Alma Mater. And in 2013 was named Distinguished Alumnus for the University of Washington School of Dentistry. In 2018 he received the first ever Charles Pincus - Ronald Goldstein Lifetime Achievement Award in Esthetic Dentistry from the American Academy of Esthetic Dentistry. In 2019 he received the Distinguished lecturer award from the Greater New York Academy of Prosthodontics.

The American Prosthodontic Society (APS) has selected Michel Magne, MDT, as its 2022 Kenneth D. Rudd Awardee. The award was developed to promote and encourage dental laboratory technicians and support the advancement of dental technology education. APS, in conjunction with the editorial council of The Journal of Prosthetic Dentistry, presents this award to a certified dental technician or dentist who has made a significant contribution to the advancement of prosthodontics and dental laboratory communities. He will be acknowledged and presenting at the 94th Annual Meeting of the American Prosthodontic Society in Chicago on February 23-24, 2022. 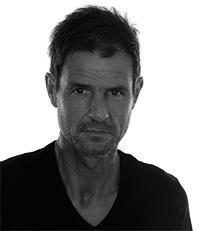 Michel Magne is a renowned master ceramist and expert in the art and science of aesthetic dentistry.  An internationally sought-after speaker and educator, he lectures and teaches at some of the top dental schools both in the U.S. and abroad, including UCLA, University of Southern California, New York University, University of Geneva, and University of Barcelona in Spain.  Michel received his dental technician certification in 1979 in his home country of Switzerland.  He specializes in aesthetic rehabilitations and bonded porcelain restorations, and has published extensively on these topics.

Michel Magne is the Aesthetic Director at Beverly Hills Dental Laboratory.  Michel was an associate professor of clinical dentistry and director of the Center for Dental Technology at the USC.  He also ran his own laboratory, 901 Oral Design, in Marina del Rey.  Prior to that, he spent 12 years as the owner and director of the Oral Design Center at the Dental Laboratory in Montreux, Switzerland.

Master Ceramist Michel Magne, will continue his educator legacy at the APS 94th Annual Meeting on February 23, 2023, inspiring general dentists, dental technicians and specialists with his lecture as part of the APS 2023 Scientific Program.

Generous funding of this award is provided by the Editorial Council of The Journal of Prosthetic Dentistry.

Prosthodontic graduate students nationally and internationally are encouraged to participate. Applicants need not be APS Members, however we do invite and encourage membership. Oral presentations of 10 minutes in length can range from a topic of original research to a clinical/technique paper to a literature review. It is the intent of this program for the candidates to submit a manuscript to The Journal of Prosthetic Dentistry following the competition. Monetary prizes will be awarded for the three best presentations.

Abstracts must be submitted to Dr. John D. Ball at balljd@umkc.edu by November 30, 2022 for consideration. The top three selections will be invited to present at the annual meeting.


We have introduced an Excellence in Prosthodontics Award in conjunction with the Italian Academy of Prosthetic Dentistry. This Award is open to all members in the APS and is powered by Zerodonto (Free Blog of Dentistry: www.zerodonto.com). The contestant may send 2-20 images (JPEG, PNG) and a brief description of the clinical case in English to zerodonto@gmail.com. The Evaluation Committee headed by Christian Coachman will select the best three cases on the basis of the following parameters: initial scenario, final result, grading of difficulty, operative sequence, and documentation. The three selected cases will be highlighted on the web for a week and the winner will be chosen by an online vote. The winner will be awarded an invite to Bologna, Italy in November, and Chicago in February for a 10-minute presentation, along with a $500 prize and two complimentary nights of lodging.


The APS offers a special award to the graduating Senior Dental Student who, during the year, has demonstrated the highest level of clinical proficiency and greatest interest in prosthodontic dentistry. The APS Student of Merit Award will include a certificate from the Society and a letter of congratulations. To be involved with this program, Program Directors may fill out the Student Award of Merit form including the name of the student and the date of your awards/commencement ceremony. Forms should be returned to our office prior to April 22. One award per University per year. Please include any specific stipulations for awarding commencement prizes to students of your University.